ZCCM Investments Holdings Plc (ZCCM-IH) is an investments holdings company listed on the Lusaka Stock Exchange and quoted on the London and Paris Euronext Stock Exchanges. Regulars ZCCM trades’share take place only at the Paris Market place (mnemonic code is mlzam, and there are a quotation once time by day at 15h00 Paris time).

At present, the Company’s portfolio is largely in the copper mining sector where most shareholdings range between 10% to 20% held in various established and significant copper mining operations.

You may found a recent presentation of ZCCM with correct participation into different subsidiaries (because they are not correct on ZCCM website) on this webpage
http://www.afrikaverein.de/_uploads/med … rofile.pdf
(It’s a presentation make the 13th and 14th April 2011, a very recent one).

Some comments / valuations about them:

• Konnoco Zambia 20.0% (KONkola NOrth COpper mine = KONNOCO, at Chililabombwe District of Zambia)
-> 40% Vale S.A., 40% ARM (African Rainbow Minerals), and 20% ZCCM-IH
-> The construction works started in August 2010, and the first copper ore extraction is scheduled for 2012 while full production is due in 2015. Capital investment in the region of US$400 million. An expected yield of 45,000 tonnes of copper in concentrate which will then be toll smelted elsewhere in Zambia. The expected life of the mine is 28 years at present, but a further three year exploration programme is underway to evaluate another area which has the potential to more than double output to 100,000 tonnes of copper per annum.

• Chibuluma Mines Plc 15.0%
-> Metorex 85%, ZCCM-IH 15% (Metorex has 85% Chibuluma Mines in Zambia, 75% in Ruashi mine in Democratic Republic of Congo, …)
-> In April 2011, Vale Mining, the Brazilian leading producer of iron ore, copper and other base metals with increasing interests in Zambia, seeks to secure Metorex Mining Plc owners of one of Zambia’s main copper producers on the copper rich region for USD 1.1 billion.
-> Some people think that it’s possible Vale is doing a proposal to ZCCM-IH to acquire the 15% of Chibuluma…

PORTFOLIO VALUE:
==> The Value of the ZCCM-IH portfolio is superior to $3 billion (represent more than $33/share)

In the other hand, we must speak of ZCCM-IH’debts.

Total 1 Long term borrowings: around US$477 million (more than 80% without interest)

Total borrowings (general): around US$480 million (represent US$5.37/ZCCM-IH’share, and most of 80% without interests)

Stock exchange price: only Euro 3.74 (around US$5.36) /ZCCM-IH share (on Euronext Paris Stock Exchange, the only place with daily ZCCM trades)
For the moment, I, and others Frenchs investors too, thinks the share price of the company is under valued, and this for two reasons:

* Second, ZCCM have a diversified portfolio, but only with minoritaries participations (for the big mines who produce many benefits and cash), and the companies who are majoritaries aren’t fair play and don’t give money to the minoritary ZCCM: in place, they just inscribe big amounts of money in their annual report as the propriety of minoritarians, but don’t distribute this amount of money, or only few parts. So, ZCCM have a lack of cash.

About the first point (accounting problems), it seems that several things are changing:

Since 8th February 2011, the company has a new CEO, Mr Mukela MUYUNDA, who is the former Managing Director of ZAMTEL (Zambia Telecommunications Company), and a chartered accountant.
(http://www.londonstockexchange.com/exch … d=10785021 )

Few days ago (12 April 2011), ZCCM publish an interim report (as usual every six month), but for the first time the company indicate the line Associate Companies Share of Profit; it’s a very important advancement in the publications of the company
(http://www.londonstockexchange.com/exch … d=10839435 )
With this publication, we think the Annual Reports from June 2008 to March 2011 are now in good way to be published by this year.

You may find information on different websites:

So, we think that first point of ZCCM problem will disappear this year with the regularisation of accounting publications.

About the second point: (only few dividends from major companies)

FQM (Kansanshi Mine = 80%FQM and 20%ZCCM) got huge problem in Congo and lose the licence of a mine because this politics of non distribution of benefit.

Kansanshi is one of the huge mine of Zambia (8th copper mine in the world), and the 20% of Kansanshi represent about 1/3 of the value of ZCCM portfolio (very important for ZCCM).

We notice recently a new website about people who says FQM go out of Zambia (because FQM don’t share benefices with ZCCM) http://fqmoutofzambia.com/

ZCCM got 20.6% of KCM (Konkola Copper Mines) and Vedanta the remaining (79.4%).
I think that the 20.6% of KCM represent about another 1/3 of ZCCM portfolio.
KCM is also one of the huge copper mine in the world.

Up to now, Vedanta, like FQM, give only little money to ZCCM.

But now, VED is trying to build Cairn India from Cairn. VED will pay about 9.6 billions US$ to buy 51% of Cairn India (a great oil firm who have oil fields in India). There are some problems with Indian government for the moment, but I think the transaction will occur soon. VED must loan money from bankers to pay this amount of money, and bankers ask VED got a better annual report. Konkola is under valued into VED annual report, so VED will list Konkola has KR (Konkola Resources) on the LSE and LuSE markets, and first Konkola will be high valued into the VED annual report, and second VED will get money from the IPO (the listing of KR).
To have investors into KR, we think that VED will after have a policy of benefices distribution (and ZCCM will obtain this part of benefits!).

So, the listing of KR is very important in the mind of ZCCM’shareholders (like me), because Konkola represent about 1/3 of ZCCM portfolio and this only participation will valuate each ZCCM around 10 Euros (and it’s only 1/3 of the portfolio!) (compare to the Paris quotation around 3.8 Euros only!).

After a big report about Mopani, several NGO (Non Governmental Organisations) say that Mopani-Glencore accounting is not fair, and Glencore modify the accounting to translate benefit from Zambia to tax heaven (and don’t share them with ZCCM, and no pay taxes). So, this NGO attack Glencore in an international trial some weeks ago!
http://owni.eu/2011/04/12/exclusive-ngo … in-zambia/

In French (if you read it), the website of Sherpa Organisation (French NGO)
http://www.asso-sherpa.org/archives/1423

Glencore did an IPO few weeks ago, and now its shares are listed.

And presidential elections are for the year 2011 in Zambia, so we think that it will be possible that government will make pressure on all this companies to reverse a huge amount of benefice to ZCCM before the elections.

And as more and more people speak more and more loudly about this non distribution of benefices, I think one day or another the huge companies will change their politics.

So, the second point will be erased a day or another.

This represents $1.91 or 1.33 euros/ZCCM’share (compare to the quotation in Paris around only 3.8 Euros/share) and Equinox participation is only a minor one into the ZCCM portfolio. 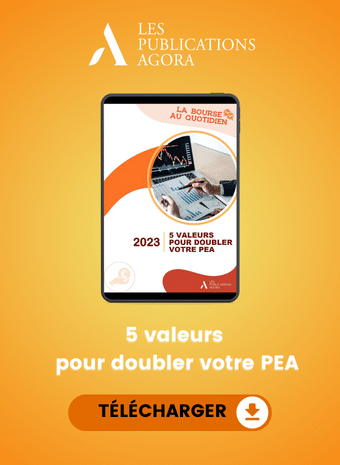